Our Robertson Our Future.

Our Robertson our future. 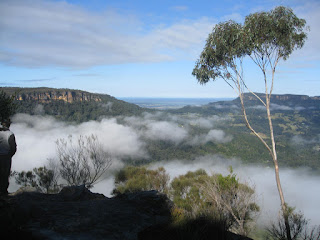 Do you think much about Robertson? Where are we in the world now? What is our future? How can we ensure we get the kind of place we want to live, now and into the future?
These are a few thoughts about these matters, which are of concern to us whether we notice or care, or not.
Robertson is made of differences, as different as rainforest and spuds. Or as different as the weather on a Robbo day. There are long timers, old timers, new comers and those who would like to lodge here.
We sit in a framework, we are not a self-sufficient planet.
Many here may not even think about what kind of Robertson we want. Or what we will build for our children and those who come after us. Or even how we want to be now.
We leave a lot to others to decide about us. We sit under three layers of Australian Government. Most of us are what could be called ‘semi-careless democrats’. “Shee’l be right” We leave it to others to decide things for us. Sometimes very important things. And then often regret that things have changed in a way we regret. 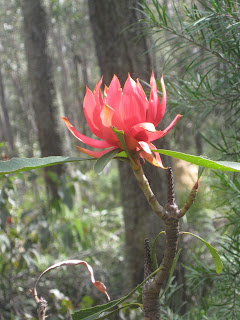 But when something like the building of a gaol is suggested or a new village notice board we join together and rise up, take our destiny seriously.
So who really decides for Robertson? How does this happen? Who cares?
Most decisions we make in our homes about or lives and those we care about. Matters which affect the whole town like sewerage, roads, future planning, rubbish, land management, playing fields and paying for those services are decided by Wingecarribee Shire Council. That is our local government.  We elect, as in September 2016, Councillors who blend what we want with what other towns and areas want and argue out decisions. They also argue for what they selfishly want for themselves or their mates. Those decisions are also influenced by the values, prejudices and ideals of the Councillors and with the expert advice of the officers who serve the Council.
The Council is required to talk to us about what we want. They need to report to the New South Wales government about how they have consulted us. That consultation is grassroots democracy or ‘deliberative democracy’.
For us to get what we want in the town we need to speak up when asked and we need to elect as our representatives those who have our interests at heart. We need to have some ideas about what we want such as a swimming pool and most importantly we need to be flexible and mature enough to blend what we want individually with what others and other groups want.
Lately Council, after a process of consulting and listing results came up with a “Vision for Robertson”. It is a to do list of jobs to make life tetter here. But a plan is only as good as the number of people who own it and want it to happen. At least in a democracy. Then who decides the priorities on the to do list?
Many of the jobs will have champions, who put their ideas there in the first place. Sporting clubs will champion their wants and other groups will champion other wants.
But some push causes they want because they believe their cause is good for everybody. ISIS is an example; albeit not a democratic one.
Council or any government is most likely to hear from people well organized and most pushy. Democracy works with pressure groups.
So in the case of the Vision for Robertson Council officers chose which jobs would be priorities and which would receive some start up money. If you listen to their efforts to include everyone in their decision-making you will see how reluctant we are to engage in planning, even when the plan affects us directly. So Australian, “She’ll be right”.
The chosen project had its champions. A notice board telling about Robertson. At some level this is the psyche of Robertson saying “Look at us, take notice, stop and experience and buy from us”.
The choice of that “to do” is a fine example of “how things happen around here”. Council tries to find out what we want. Some attend the meetings and processes the Council conducts, some do not. Most do not attend.  Council officers collate the results and decide; some are delighted some, are not. 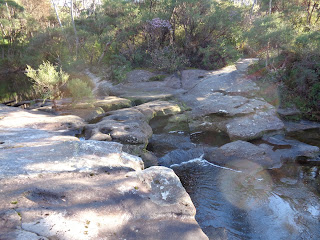 The take home message from the example is that if we want some thing locally we need to work with Council to decide what will actually happen. It is not magic. Not overly complicated and not a conspiracy.
In a later post I will look at the kind of future Robertson might have and how to get it.