I shall not try to reproduce the fantastic colour and joy and fun of this festival. See for yourself-no bad vibes!  Apart from the Medieval Feast  of Fools I know nothing like this in the West.

Today on the ABC web page, The Drum, Alan Kohler posted an article critical of Australian Treasurer, Wayne Swan's article published in The Monthly. You can read it at: http://www.themonthly.com.au/rising-influence-vested-interests-australia-001-wayne-swan-4670 Kohler is a journalist of 37 years. You can read his attack on Swan at: http://www.abc.net.au/news/2012-03-07/kohler-bad-week-for-swan/3873150
What I often find more interesting than the original article or articles, in this case, are the replies which are all part of our interactive relationship with the net and the media outlets. I find it too easy to be reading the 346th post when having intended  "just to have a look". It is such an interesting field.
This current lot has most of  the features of such exchanges.
There are the "rusted ons" who will fire into a forest from which the enemy has retreated, or never occupied. They mostly approximate to  the poles of left and right. They will drag out the slogans and shibboleths, cat calling the original writer and anyone with an opinion they believe they must exterminate. They, like most extremists, are highly emotive and often read with their gut rather than their eyes or cognitive faculties. Unlike good or fair footballers they play the man mercilessly and often with an undeserved snigger to the crowd. A lot of what they say would lead you to conclude money spent on education is largely wasted.
In the Drum forum with Kohler's lead, their line was that Swan was an uninspiring chap who did not write polished prose, was a class war monger and ought to stop meddling with the economy or ideas.
Some detected much more Machiavellian intent posing some covert internecine Labor stoush, comparing Rudd's Bonhoffer article in the Monthly with that of Swan as a positioning piece.  With fundamentalist fervour this lot cherry pick verse and word rather than the arguments as stated. They added to their "Year good on you Alan,and he and he...!" From their own reading or prejudice. We all support our prejudice by the reading we select, do we not?
The rules of this kind of debate are not spelled out, as far as I can see. It is left to the Administrator, who is mostly lenient and knows that if there is too much censorship no one will go on the show. But this means there are some fairly insulting epithets traded, which make the groundlings like myself laugh but add nothing but bile.
On the other side there are the respondents who seem more driven by values which are patent and  humanitarian. In this case they argued from the basis that super rich superiority is seldom achieved by hard work, that there are such things as commutative justice and intergenerational equity and that the unelected have a right to their ideas, to pushing those ideas, but not just for themselves using the power the bought media carries and most punters cannot afford. Nor should the billionarioes use their donations solely to gain political clout. To my way of thinking, and perhaps that is the reason, I see these people as less rabid and more thoughtful. Though they made mincemeat of Kohler's stance and arguments, theirs sounded more close to common sense.
So there we are.  I think this is the first time I have seen a politician of any shade lately come out so strongly about the need for social equity and a curtailing of the power for money to influence public debate and policy. 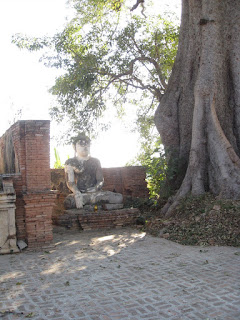 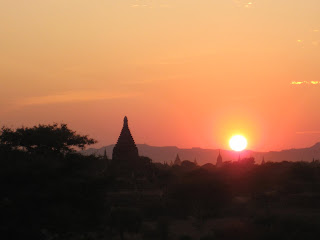 Current views which may gain ground

In the last few days there has been mention of Australians who own enough money to tell the government what to do. Wayne Swan has published his views in The Monthly. Clive Palmer has responded with personal attacks rather than a critique of Swan's ideas. So who does decide the good of the people who elected the current government? Doesn't every citizen have a right to express their views?
But there are several factors which make the equity and fairness values invisible.
In the world of ideas Palmer would respond in The Monthly or some similar medium. Not so.
Why speak when you can use a PA system? Not all citizens are equal in the power of the media they can command, nor for that matter the governments they can chummy up to with donations.
So if we want a democracy we need to accept that not all voters are equal and if that is the case there needs be some balancing mechanism. If not capitalism is no better than  the animalistic law of the survival of the fittest; in current terms the survival of those with most money.
If the Greek notion of democracy rested on notions of government of the people  by thoughtfulness we have lost our way from that source. If sufficient or a surfeit of money enables a citizen to change ideas or government policy pity help the rest of us who may have different ideas, less money and thought we had elected a government, with all its faults, to manage the country.
Recently I saw a video clip, which seemed reliable enough, recording a meeting of Australian
mining magnates and others with Lord Monckton in which the Viscount advises the special few to buy up media  to get their message out denying climate change as the Viscount does and like a good consultant offers his services to assist. Within a few days Gina Rinehart was buying bit into Fairfax Media. Have a look:
http://www.guardian.co.uk/environment/blog/2012/feb/08/fox-news-lord-monckton-australia
Posted by Michael D. Breen at 16:13 No comments: